Abhinav Shukla: It was super fun with Zareen during AKSAR 2! 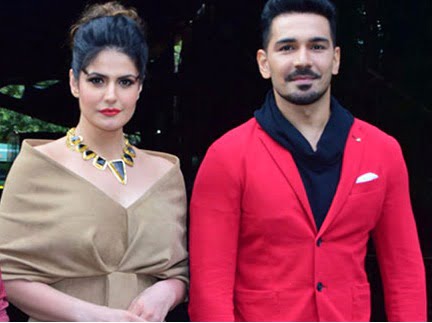 One of the awaited sequels of the second half of the year is the Anant Mahadevan directed AKSAR 2, follow up to the super hit musical thriller, the Emraan Hashmi, Udita Goswami, Dino Morea starrer, AKSAR (2006).

The film is carrying decent hype, courtesy some already popular music and thrilling and intriguing promos, featuring the hot and sensuous Zareen Khan, along with leading men, Gautam Rode and Abhinav Shukla.

While we have already talked about the film in the first part of our conversation with Abhinav Shukla, we could not but help question him about his leading lady, the vivacious Zarine Khan, and we asked him if she was a serious sort of a person.

Dismissing our perception of Zareen, Abhinav disclosed, “Oh, Zareen was super fun on the sets. We used to laugh a lot as she used to crack a lot of jokes. Me, Zareen and Shaahid Amir used to roll down up with laughter during the shoot. She is not at all a serious sort of a person."

Here’s looking forward to the already in the news AKSAR 2!

Twitter
Flip
Koo
Previous article
Kriti Sanon looks like a diva walking on water in her new pic and its beautiful
Next article
Kangana Ranaut buys a plush property for her production house!
This May Also Interest You
Health & Lifestyle