Bryan Adams: Can’t think of anything more boring than retirement 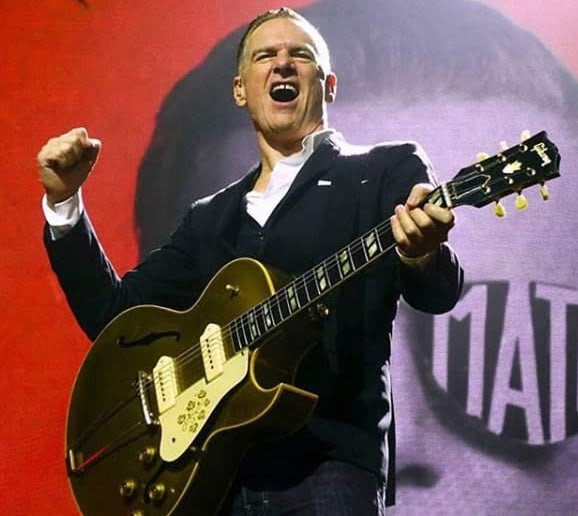 Bryan Adams has spent over 30 years in the music industry, celebrating many milestones. And he is in no mood to rest his vocal chords anytime soon. The Grammy Award-winning singer-songwriter says music isnt for a short time, but for a lifetime.

"I cannot think of anything more boring than retirement. Why would anyone want to do that? Keep your mind active, do what you love to do," Adams told IANS in an email interview.

"Music isn't for a short time, it's for a lifetime," added the Canadian music star, who will perform in India next month.

It has been a long and admirable journey for Adams, who signed his first contract at the age of 18 with A&M Records in Toronto. Today, the 58-year-old is one of the world's most successful artistes.

Known for his signature brand of feel-good rock and roll and big ballads, Adams attained international glory with his 1984 album "Reckless" — which include classics like "Summer of ‘69", "Heaven" and "Run to you".

He has an equally rewarding list of acclaims. He won two Grammy awards in 1992, including a trophy in Best Song Written Specifically for a Motion Picture or Television category for "(Everything I do) I do it for you" in ROBIN HOOD: PRINCE OF THIEVES, and has been nominated for the honour 15 times.

"And that doesn't happen from standing still. You have to keep moving and continue to create. I'm in this for the same reasons today as the day I started. I love songs and I love singing. I think most artistes tend to take control of themselves at some point.

"But, I think, at some point, you also have to let go, because in order to let people come in and help you get to the next stage of your career or the next thing you want to do, you can't tell people what to do. You've gotta let them do their thing. I enjoy collaborating with other artistes because there's a certain sense of breaking out of your own mould a bit, if you work with other people.

"And, there's also the thing of the unknown. You don't know what's going to happen. And, I do like putting myself in positions where you've to push yourself, because if you don't do that, you're never going to grow. And one of the best ways to do that is to collaborate," he added.

Adams has spent a considerable amount of time on the road touring around the world. He says being on the road has changed him as a person.

"I've learnt that in order to continue to have a career, you have to tour. The challenges are how to develop it, so it's always interesting for not only the audience, but for you as the artist," he said.

Now, all roads are leading him to India. The music icon is bringing his "The Ultimate Tour" to the country in October.

The tour will start with a concert in Ahmedabad on October 9 and move to Hyderabad (October 11), Mumbai (October 12), Bengaluru (October 13), before wrapping up in Delhi on October 14. The event is produced by ENIL, which has partnered with Infibeam Digital Entertainment Pvt. Ltd. for the gig in Ahmedabad. BookMyShow is the ticketing partner for the event.

"The tour we are bringing to India took a couple of years of tuning and changing things," he said.

This will be his fifth visit to the country. The gigs are lined up in support of the music veteran's 21-track compilation "Ultimate", which released in November last year.