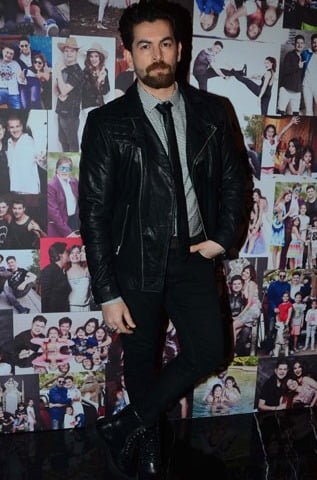 "SAAHO is shaping up really well. It is a bit difficult to shoot for that film because at one time, you have to shoot for Hindi, Tamil and Telugu as it's a multilingual film. But I am learning a lot during the course of its shooting," Neil said at the celebrity photographer Dabboo Ratnani's calendar launch 2018 on Wednesday here.

Neil will also be seen playing a pivotal role in FIRRKIE.

"About 75 per cent shoot of ‘Firrkie' has been completed. It has been a very good shoot. We don't realise how time flies when you are busy shooting," he said.

"The entire team of FIRRKIE bonded really well on the sets. I am working with (actor) Karan Singh Grover in that film so (actress) Bipasha (Basu) also came there at the shooting location. I have worked with Bipasha earlier. (Actress) Sandeepa Dhar is also there in our film so, I feel ‘Firrkie' is shaping up really well," he added.

Commenting on Ratnani's calendar, Neil said: "My favourite will be (superstar) Shah Rukh (Khan) sir's photograph because it's very dark and I like dark stuff. It's very different to see him like that."

"I liked (actors) Tiger Shroff and Hrithik Roshan's shots. I also like (actress) Sonakshi's (Sinha) picture in which she is looking very different."

Twitter
Flip
Koo
Previous article
Ricky Martin on coming out as gay: It was painful
Next article
Imtiaz Ali’s daughter Ida Ali: I’ve to make it on my own
This May Also Interest You
News