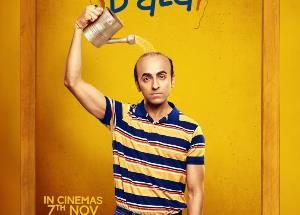 The prominent release of the week,  John Abraham, Arshad Warsi, Pulkit Samrat, and Ileana D’Cruz starrer PAGALPANTI, could not quite impress at the ticket window, despite the good promotion, as it opened to a dull 15 percent start on an average. Having said that, the film can still make amends during the remaining two days of the inaugural weekend.

Meanwhile, T-Series’ Siddharth-Ritesh starrer MARJAAVAAN managed to spring a pleasant surprise with an inspired run, netting 37-38 crore during the opening week from India. The film is already a box-office success and can upgrade to at least a semi-hit, based on the initial second weekend trend.

Concluding with Ayushmann Khurrana’s  Amar Kaushik directed BALA, after a good opening week (71 crores), the film saw a very steady second one as it mopped up 27 crores, thus netting 98 crores (to be validated) in two weeks from India and is on way to a super hit status.