Purab Kohli: 17-page climax scene in ‘Out Of Love’ was hard 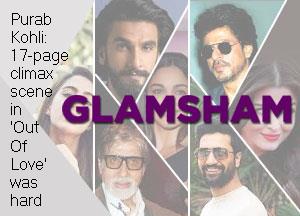 “One of the longest scenes I have done in my entire career of over 22 years, is in ‘Out of Love’. It was the climax scene and 17 pages long which would normally translate to 17 minutes in screen time. We shot it over two days and what made it harder was the complexity of emotions,” Purab said.

A five-part drama series on Hotstar Specials, “Out of Love” is a gripping portrait of a marriage that is poisoned by infidelity, lies and heartbreak.

An official adaptation of multi-award winning show “Doctor Foster”, it also stars Harsh Chhaya. Produced by BBC Studios, “Out of Love” streams on Hotstar VIP. It is co-directed by Tigmanshu Dhulia and Aijaz Khan.