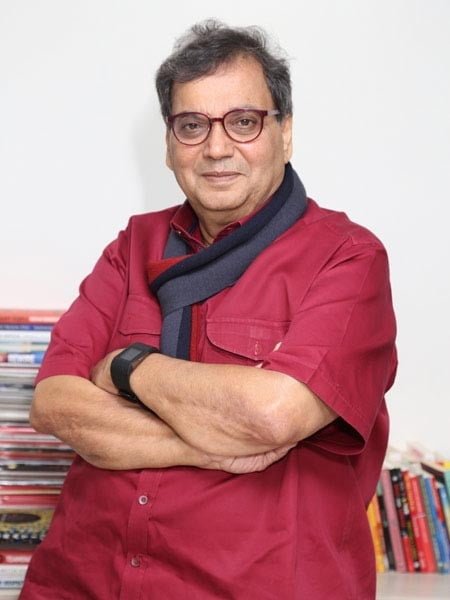 Veteran filmmaker Subhash Ghai, who directed Dilip Kumar in films like "SAUDAGAR", "KARMA" and "VIDHAATA", says it pains him to see the "emperor" of Indian cinema, who is ailing at 95, in such a weak condition.

On a visit to the IANS headquarter here on Tuesday, Ghai turned emotional when asked if he has met Dilip Kumar in recent times.

"I love Dilip sahab so much that I don't feel like meeting him anymore. I can't see him like this. When I see him, I feel like crying because we know each other since 20-22 years and I have loved him like my brother. He is unable to recognise me, he does not recognise anyone… He is becoming weaker and by looking at him, I think to myself that never 'be boastful in life'," Ghai said.

Dilip Kumar, he said, has been the "emperor of Indian cinema" and "today he is unable to do anything".

"I pray to God that he goes peacefully without suffering. What he has done for films… He will remain the emperor of cinema because an emperor is the one who is followed by other kings. About 11 Dilip Kumars were born under his reflection, and they have become superstars today. He is an institution in himself," said Ghai.

Dilip Kumar, known for movies like "KOHINOOR", "MUGHALE-E-AZAM", "SHAKTI", "NAYA DAUR" and "RAM AUR SHYAM", is currently admitted in the Lilavati Hospital in Mumbai. He is being treated for recurrent pneumonia, and has his wife Saira Banu as his constant support system.

His fans are kept abreast about his health through Twitter updates shared by his family friend Faisal Farooqui.

"I can't see how he is suffering. I have learnt a lot from him. I used to discuss about my Whistling Woods Institute with him during the time of 'SAUDAGAR'… The institute even has a scholarship under his name," Ghai said.