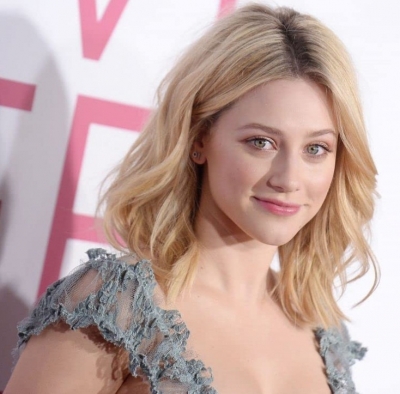 Actress Lili Reinhart has been praised after she shared that she “specifically decided to relinquish and release every muscle” in order to not “conceal the reality” of who she is for her new movie ‘Everything Everywhere All At Once’.

In an Instagram post of her in costume as her inspector alter ego Deirdre Beaubeirdra, the 63-year-old actress wrote in the caption: “In the world, there is an industry – a billion-dollar, trillion-dollar industry – about hiding things. Concealers. Body-shapers. Fillers. Procedures. Clothing. Hair accessories. Hair products. Everything to conceal the reality of who we are.”

“And my instruction to everybody was: I want there to be no concealing of anything. I’ve been sucking my stomach in since I was 11, when you start being conscious of boys and bodies, and the jeans are super tight.

“I very specifically decided to relinquish and release every muscle I had that I used to clench to hide the reality. That was my goal. I have never felt more free creatively and physically.”

‘Riverdale’ star was among the commenters and shared that she had once been told by a director to clench in her stomach.

She wrote on her Instagram Story: “A director once came up to me before a take and said ‘suck in your stomach a bit.’ Unfortunately, it’s something I think about often when I’m filming a scene.”

Thanking Jamie, she added: “Glad it’s being talked about, thank you @curtisleejamie.”

It comes after the ‘Halloween Kills’ star recently expressed her concern about the impact social media filters have on young people and the long-term implications for natural beauty.

Jamie – who admitted she avoids looking in the mirror – said: “[The youth] “believe they have to alter their appearance to post anything, anywhere.

“That then becomes a baseline of that’s what that is, and we’re never going to be able to go back to looking like natural women.”

The ‘Knives Out’ star previously confessed to having cosmetic surgery but it “didn’t work”.

She said last year: “I tried plastic surgery and it didn’t work. It got me addicted to Vicodin. I’m 22 years sober now. Once you mess with your face, you can’t get it back.”