Kaushiki Rathore is all set to be seen as the negative lead in the TV show 'Durga Aur Chaaru'. 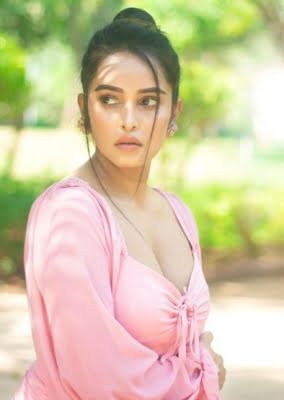 Actress Kaushiki Rathore, has been a part of shows like ‘Krishna Chali London’, ‘Gudiya Hamara Sabhi Pe Bhari’ and ‘Story 9 months Ki’, is all set to be seen as the negative lead in the TV show ‘Durga Aur Chaaru’.

Kaushiki narrated an incident and said that during her initial days, she received a weird demand.

She said: “The industry has changed so much but the one thing that hasn’t changed is asking for favours in return for work. The incident happened with me when I had started giving auditions and chanced upon an opportunity in the South project.”

“All the things got finalised but when they handed over the contract to me they added some of their conditions and asked me to compromise. I was bewildered as I had only heard about such incidents, but when it happened to me it shook the ground beneath me. I declined their offer but their words affected my mental state.”

Kaushiki added that one cannot blame the entire industry for those practicing casting couch.

She shared: “Despite the incident, I believe that not all are bad. We just need to learn to differentiate between good and bad. People should understand that compromising is not the only way to make it big in the industry.”