After no fifer against them in 13 years, MI concede 2 in 2 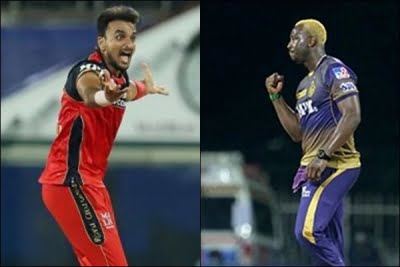 Chennai, April 13 (IANS) For 13 seasons before this one in the Indian Premier League (IPL), no bowler had taken a five-wicket haul against Mumbai Indians (MI). In their first two games of the ongoing 14th season, IPL 2021, there have already been two five-wicket hauls against them.

The best bowling spell against the five-time champions MI until the start of this season was incidentally by their current skipper Rohit Sharma in 2009 at Centurion who was back then with the now-defunct Deccan Chargers. Sharma had then taken four wickets for six runs as he ran through the middle and lower order of MI.

In the first two matches of the ongoing season, however, MI have conceded five wickets to Royal Challengers Bangalore’s Harshal Patel (5/27) in the tournament opener and to Kolkata Knight Riders’ medium pacer Andre Russell (5/15) on Tuesday night.

On Tuesday, Russell dismissed batsmen Nos. 6-10, taking only two overs to do the damage and scalp his five victims.

In both the matches, MI’s strong batting line-up was restricted to scores in the 150s — 159 vs Royal challengers Bangalore and 152 vs Kolkata Knight Riders.