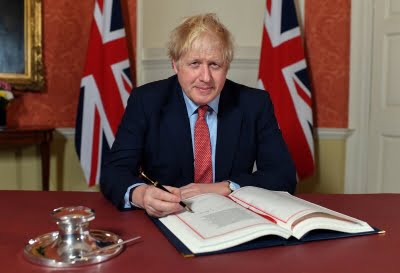 London, April 19 (IANS) The British government is considering a range of options to prevent the European Super League from going ahead, a spokesperson for the prime minister has confirmed.

During a briefing with journalists, Boris Johnson’s spokesperson was questioned if fan ownership of clubs or urging owners to return money loaned during the coronavirus crisis would be on the cards as a way to tackle clubs from entering the breakaway league, DPA reports.

London clubs Arsenal and Tottenham Hotspur have taken advantage of the coronavirus loan scheme, which sees the government give money to businesses affected by the pandemic.

“I’ve seen a number of proposals that have been put forward as potential solutions or mitigations for this, I’m not at this stage planning on getting into each one,” the spokesperson said.

“We’re considering a range of options and the Prime Minister wants to look at everything we can do here to make sure these proposals don’t go ahead as proposed.”