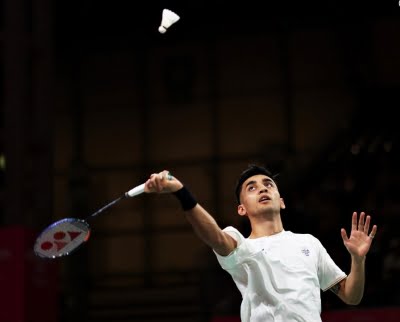 Jakarta, Jan 25 (IANS) Indian shuttlers Lakshya Sen and Saina Nehwal advanced to the second round of the Indonesia Masters 2023 badminton tournament but their compatriot Kidambi Srikanth crashed out in the first round, here on Wednesday.

In the round of 16, the seventh-seeded Sen will face Malaysia’s NG Tze Yong, who ousted Denmark’s Hans-Kristian Solberg Vittinghus in straight games in his opening round clash.

The experienced Indian shuttler is not in the form recently and has made first round exits from all three tournaments he has played so far this year — the Malaysia Open, India Open and now the Indonesia Masters.

In women’s singles, Olympic medallist Saina Nehwal also successfully crossed her first round hurdle after defeating Chinese Taipei’s Pai Yu Po 21-15, 17-21, 21-15. Saina will face the winner of the all-Chinese clash between Zhang Yi Man and Yue Han in the next round.

HS Prannoy, the eighth seed in men’s singles while Malvika Bansod and Aakarshi Kashyap in women’s singles, will be in action, later in the day.