La Liga: Four things to look out for on Spain's Matchday 7 (analysis) 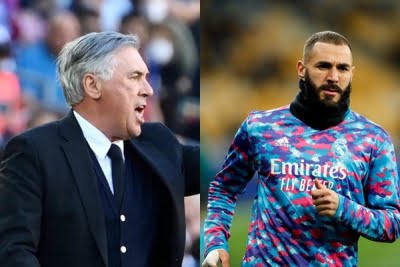 Madrid (Spain), Sep 30 (IANS) The seventh round of matches in La Liga comes after the international break caused problems for some players and put others into the spotlight.

Here are some things to look out for this weekend in Spain.

THE WILLIAMS SHOW IN SAN MAMES

Athletic Club Bilbao striker Inaki Williams made his debut for Ghana and quickly followed it up with his first start when they played Nicaragua on Tuesday. Inaki opted to represent his parents’ homeland after visiting the country in the summer and has quickly become a hero for the ‘Black Stars’.

While Inaki picked Ghana, his 20-year-old younger brother, Nico opted to play for Spain and made his debut last Saturday, with an impressive cameo in Spain’s defeat against Switzerland.

He then set the last 20 minutes of Spain’s win away to Portugal on fire and gave the assist for the only goal of the game to take the Spanish to the final stage of the Nations League and probably book his place at the World Cup.

Confidence is high at Athletic after recent results and performances and the fans will want to see the next act of the Williams show at home to Almeria on Friday night, reports Xinhua.

It is a different story for Barcelona, who lost Ronald Araujo for two months, Memphis Depay for a month, Jules Kounde for two to three weeks and Frenkie de Jong to injuries suffered during the break. Hector Bellerin is also out, while Ousmane Dembele and Sergi Roberto are doubts about Saturday’s visit to Mallorca.

Barca coach Xavi Hernandez has some reshuffling to do (especially at right back), but his options are limited, especially with a vital Champions League visit to Inter Milan next week.

BIG GAME FOR BOTH SIDES IN SANCHEZ PIZJUAN

Sevilla coach Julen Lopetegui just survived into the international break after draws away to Copenhagen and Villarreal, but he is still in trouble ahead of a tough-looking fortnight in which Sevilla face Borussia Dortmund in two games that will decide their Champions League future and two league matches at home to Atletico Madrid and Athletic Club Bilbao, that will perhaps show whether his side will challenge for the top-four again this season.

Atletico are first up and they also travel with plenty of questions to be asked after going into the break on the back of defeats against Bayer Leverkusen and Real Madrid.

Antoine Griezmann was Atletico’s best player against Real Madrid, but the club doesn’t want him to start for contractual reasons, limiting Diego Simeone’s options when he needs them the most.

CAN REAL MADRID KEEP UP THEIR 100 PERCENT RECORD?

Real Madrid went into the international break with a 100 percent record in La Liga and in Europa and they will expect to continue that at home to Osasuna, who themselves have had a decent start to the campaign.

Karim Benzema should be available again after injury and coach Carlo Ancelotti will have to decide who makes way for the Frenchman to play, which won’t be easy given Rodrygo and Fede Valverde’s excellent recent form.

Luka Modric is out with a slight muscle injury and Ancelotti will hope that the international break and the travelling that entails, will not break the rhythm of a side that has so far functioned like clockwork.