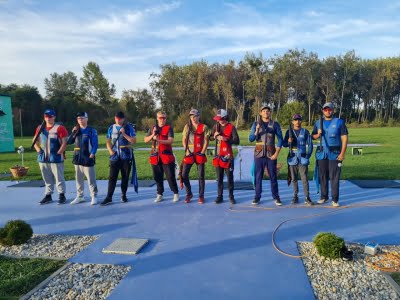 This was India’s fourth medal and second bronze of the championships.

Bhavtegh, Rituraj Bundela and Abhay first shot 204 out of a possible 225 in qualification to finish third among 10-teams. They tied with the Czech Republic after their team comprising Bohumil Vobr, Martin Vcelicka and Adam Vesely also shot the same score. However, the Indians claimed third place after winning a shoot-off 11-10. USA topped with 209 while Finland was second with 208. The former won gold eventually.

The Women’s Junior Skeet team also qualified for the bronze medal match after the trio of Areeba Khan, Mufaddal Zahra Deesawal and Parinaz Dhaliwal shot a combined 187 in qualification to finish fourth. They set up a clash with Slovakia, who shot a point more to finish third. In the end they had to settle for fourth place after the Slovaks won the bronze medal match 7-3. China (192) and USA (191) were one and two in qualification and made it to the gold medal match.