Shreyas, Siraj included in the ICC Men's ODI Team of the Year 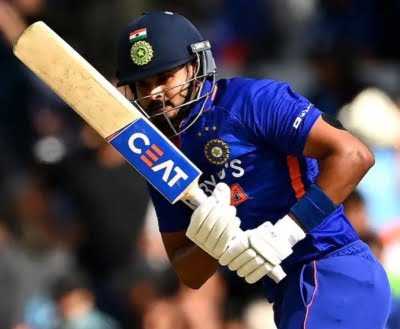 New Delhi, Jan 24 (IANS) India batter Shreyas Iyer and pacer Mohammed Siraj have been included in the ICC Men’s ODI Team of the Year for 2022, which will be led by Pakistan skipper Babar Azam.

Iyer emerged from 2022 as one of India’s most consistent in the 50-over format while also becoming the anchor of their middle-order. Mostly slotting in at No.4, he played 17 games during the calendar year and scored 724 runs at an average of 55.69.

The 28-year-old scored his runs at a brisk pace of 91.52, which included one century and six fifties. With the ICC Cricket World Cup 2023 fast approaching, Iyer has moved ahead of the competition to become a regular fixture in the India ODI setup.

On the other hand, Siraj’s skillset in white-ball cricket, especially the 50-over format developed in leaps and bounds in 2022. With Jasprit Bumrah often missing due to injury, Siraj emerged as the most potent weapon of the India pace unit.

Siraj has moved ahead of the pack and has a good chance of being a part of the India pace battery in the ODI World Cup in home conditions scheduled for later this year.