Did you know Ayushmann Khurrana is also part of TUMHARI SULU? 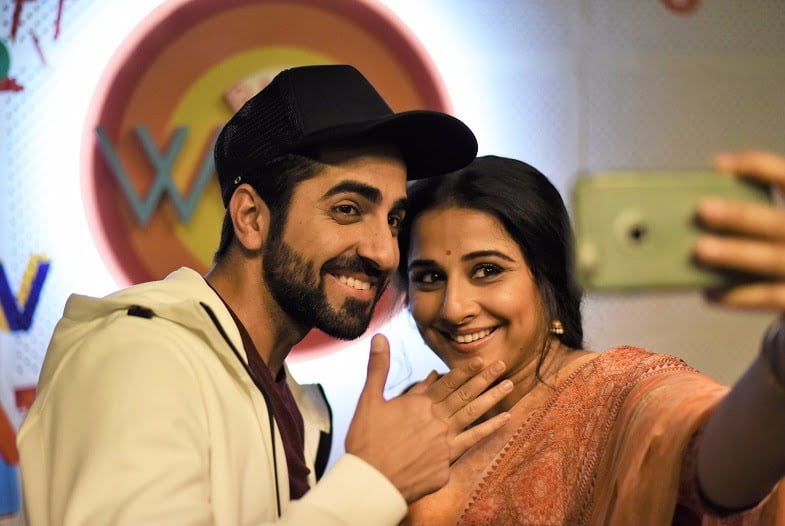 Fresh out of the back-to-back success of BAREILLY KI BARFI and SHUBH MANGAL SAAVDHAN, Ayushmann Khurrana is all set to make a delightful cameo in Vidya Balan’s keenly awaited slice-of-life film, TUMHARI SULU.

Few are privileged to share screen space with the supremely talented Vidya Balan, and Ayushmann Khurrana must be really happy about getting this golden opportunity.

In the film, Ayushmann appears as himself, an actor, and shot with RJ Sulu i.e. Vidya Balan a few months back. He is an old friend of the producers and readily worked out his time to do the cameo in this Vidya Balan starrer.

His effortless and reliable charm as an actor coupled with his experience and popularity as a singer, made Ayushmann the logical choice for the cameo, the details of which have been kept under wraps.

Directed by ad filmmaker, Suresh Triveni, and produced by T-Series and Ellipsis Entertainment, TUMHARI SULU has been awarded a clean ‘U’ certificate by the Central Board of Film Certification, reaffirming the film’s intrinsic appeal to a universal audience of all age groups.

TUMHARI SULU is all set to hit the silver screens on November 17.