Kubra Sait: I still celebrate the day when I first met SRK 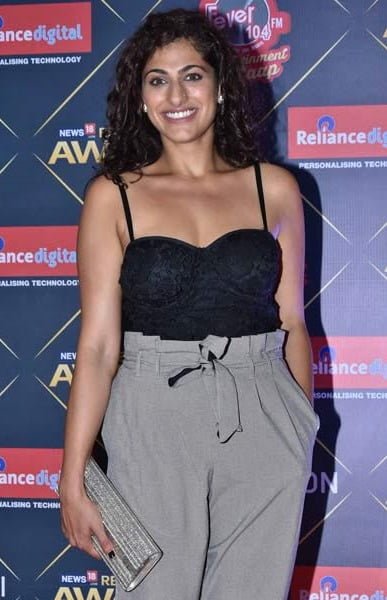 Actress Kubra Sait, who rose to fame with her character as Kukoo in Netflixs first Indian original series "Sacred Games", considers herself as one of the biggest fans of superstar Shah Rukh Khan.

"I still celebrate the day when I first met Shah Rukh Khan. One can't just have a crush on him, he is a person whom you love.

"I remember when he walked on the stage and called my name 'Kubra', that was the biggest moment in my life, and till now I cherish that moment ," Kubra told IANS here.

The 25 year old actress has made cameo appearances in various movies like SULTAN, READY and CITY OF LIFE but it was her role of a transgender named Kukoo in "Sacred Games" which has garnered a huge fan following.

She said:" 'Sacred Games' is a huge milestone in my career as I have never received such fame, attention and success in my life. Now, media is interviewing me, photographers are capturing me. I am enjoying this limelight.

"I am grateful to God and makers of the show for giving me the opportunity to play such a vital role in the show."

while the show has become a huge hit, Kubra is overwhelmed with the response people are giving to her character.

"Like people, I am also obsessed with Kukoo. I have a lifesize poster of Kukoo in my room. I am glad that people have liked my role.

"Recently veteran lyricist Javed Akhtar complimented me for my performance and said that I am a deep actor. Getting a compliment for Javedji means a lot," added Kubra.

Kubra, who has been in showbiz for a while now, feels she has never struggled in her life.

She said: "I do not believe in struggle. Struggle is a state of mind. People choose to struggle when people don't want to relax. Sometime it is not on your side, relax, calm down. No matter how hard the waves are, you will float on the ocean.

"It may not be your time now but don't stop honing your skills.I am a very positive person. Whatever comes in my way, I take it with smile. One should treat herself/himself as a goddamn brand. Do something what you are good at. Struggle happens when you do something which you don't love. I love acting so I don't feel that I have ever struggled."

Kubra will next be seen in a Voot web series titled "Law and Honour" and in Zoya Akhtar's upcoming directorial GULLY BOY.

Twitter
Flip
Koo
Previous article
Families of 1967 war heroes are thankful to JP Dutta for making PALTAN
Next article
Krishna DK: Expected STREE to be a hit, but not such a huge one!
This May Also Interest You
Technology