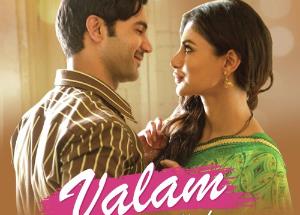 The first thing that hits you when you listen to Made In China’s Valam is that THIS track is singer Arijit Singh’s ‘hit of the year’.

In 2014, it was Muskurane Ki Wajah (Citylights), the year after that the Hamari Adhuri Kahani title track, followed by the Ae Dil Hai Mushkil title track in 2016. 2017 had Hawayein (Jab Harry Met Sejal) and 2018 had Pal (Jalebi).

Also read: Rajkummar Rao took cue from real life for 'Made In China'

Bollywood’s King of Romantic Hits will undoubtedly continue his reign with Valam, the fourth single from the Rajkummar Rao-Mouni Roy starrer, Made In China.

Featuring folksy music by Sachin-Jigar and Gujarati-Hindi lyrics by Sachin Sanghvi and Priya Saraiya, the romantic number is an experience that gets better with each listen.

Running strong on emotion, it connects with every lover who has fallen hopelessly in love.

Directed by Mikhil Musale and produced by Dinesh Vijan of Maddock Films, the story of the film revolves around an unconventional entrepreneurial journey of a 35-year old Gujarati middle-class man.

The song is now available on Sony Music India’s YouTube channel and across all streaming platforms.