Unbelievable!!, Rajinikanth and Johnny Walker had things in common 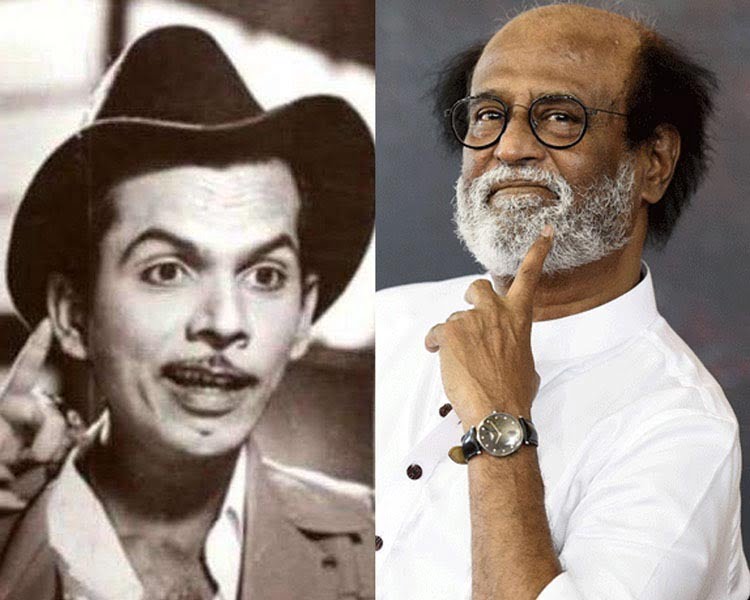 The incredible Bollywood comedian and superstar Rajinikanth had things in common.  Yesterday was the 92nd birth anniversary of Johnny Walker – one of Bollywood’s most loved comedian, here is an interesting trivia on the connection between Rajinikanth and Jhonny Walker.

Before bus conductor Rajinikanth made history by rising to the zenith of stardom, decades ago, a bus conductor by the name of Badruddin Qazi aka Jhonny Walker in Mumbai made an impact on people and ruled hearts on silver screen. Jhonny use to watch films during his spare times and sometimes got a chance to work as an extra in films. In the movie HULCHUL (1951) starring Dilip Kumar and Nargis which also starred Balraj Sahni, Jhonny’s incredible quality of attracting people with his wit caught the eye of the emerging writer in the brilliant actor Balraj Sahni. The impressed Balraj Sahni promised Jhonny a role in the next film he wrote.
When Balraj Sahni got the opportunity to pen the script for BAAZI (1951) for Guru Dutt, Jhonny came into his mind. Jhonny was still referred as Qazi and when Balraj Sahni suggested the teetotaler Badruddin Qazi for the role of a drunkard to the master in the making Guru Dut, a mischievous plan to introduce Qazi to the makers of BAAZI was hatched.

Dev Anand was sitting in a story session with Guru Dutt, suddenly a drunkard invaded the meeting room and started a weird conversation with Dev Anand. The speechless Dev Anand just couldn,t react while Guru Dutt was enjoying the whole act. Balraj Sahni then came for rescue asked Qazi to stop his performance.

Qazi got his first break and immensely impressed by Qazi’s drunken act, Guru Dutt renamed Badruddin Qazi as Johnny Walker for screen and rest is history. Happy Birthday Johnny Walker the man who brought an instant smile on our face