Sunny Hinduja, who will be soon seen playing the antagonist in the upcoming film 'Shehzada', was cast in the film by director Rohit Dhawan 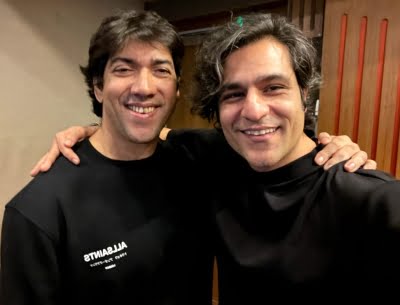 Actor Sunny Hinduja, who will be soon seen playing the antagonist in the upcoming film ‘Shehzada’, was cast in the film by director Rohit Dhawan after the latter saw his performance in the streaming series ‘Aspirants’ and ‘The Family Man season 2’.

Not just this, the director also extended his part in the film as he wanted to make the most out of his antagonist. The film stars Bollywood star Kartik Aaryan in the lead role opposite Kriti Sanon.

Walking down the memory lane, Sunny said, “Director Rohit Dhawan spotted me in the show ‘Aspirants’ on TVF, he called me immediately after watching the show and appreciated my performance. I was touched by this gesture, he was one of the first from the industry to reach out. We met and he offered me ‘Shehzada’, he gave me the script and also extended my role in the film.”

He further mentioned, “Rohit is a very compassionate and a respectful director. There are very few people like him who understand and acknowledge the talent. I am very thankful for his faith in my work.”

Meanwhile, Sunny will also be seen in the upcoming film ‘The Railway Men’ which has been produced under the YRF banner.