Salman Khan: Records are meant to be broken 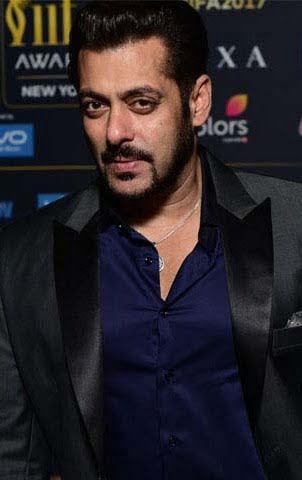 After setting the cash counters ringing and registering a collection of Rs 325.71 crore nett in India with TIGER ZINDA HAI, superstar Salman Khan hopes many more movies create records for Bollywood for the industry to flourish.

According to TIGER ZINDA HAI makers, it is Salman's biggest hit so far.

Salman said in a statement: "I hope the industry has many more bigger successes this year. It is important that we see more hits, more blockbusters. It will expand our industry, provide more jobs for people and entertain audiences much more. I'm happy with the business that Tiger Zinda Hai has been doing at the box office.

"Records are never ever-lasting. Records are meant to be broken and it's good for new records to happen more frequently. It is healthy and extremely important."

The high-on-action entertainer is the third Salman movie to surpass the Rs 300 crore mark after BAJRANGI BHAIJAAN and SULTAN.

TIGER ZINDA HAI emerged as the highest grossing Hindi film of 2017, next only to the Hindi-dubbed version of BAAHUBALI 2: THE CONCLUSION.