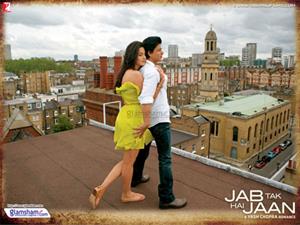 As the year comes to an end one thing that has emerged as the underlining motif is the fact that the seniors of the likes of Aamir Khan, Shahrukh Khan, Salman Khan, Ajay Devgn and Akshay Kumar continue to hold their sway at the box office and have consciously been experimenting with the portrayals to continue to entice the fans and make the box-office subservient to their charm.

What it also underlines is the fact that the new stars who have emerged on the horizon need something extraordinary to displace these shining stars from their position of eminence, and first and foremost thing that they need is good directors and producers. Well, this aspect would be dealt later, here lets analyze the year with reference to the feats accomplished by these stars.

Aamir Khan in TALAASH: TALAASH has emerged as the cherry on the cake for the year 2012, the cake being the construct of hit films during the year. TALAASH has been a success story without much effort in marketing.

Aamir Khan also was in the news throughout the year for his debut on television through SATYAMEV JAYATE which was able to stir the consciousness of the nation and the rulers as well.

Shahrukh Khan in JAB TAK HAI JAAN: The swan song of Yash Chopra, it emerged as the success story for Shahrukh Khan as well and underlined the fact that still much more effort is required to displace him from the mantle of a lover boy, as the fan following to the point of madness in foreign countries is a feat that has to be matched in intensity by any other star to displace him from it. With the changing times, Shahrukh Khan also added spice to his lover-boy image by going for on-screen kiss.

Salman Khan in EK THA TIGER & DABANGG 2: Salman Khan proved that he is the Tiger at the box-office and the phenomenal success that ETA enjoyed underlined the fact that indeed Salman Khan as an action hero with icing of melodrama still makes the audience eat out of his hands. DABANGG 2 would be a test of his popularity.

Ajay Devgn in SON OF SARDAAR, BOL BACHCHAN: Pitted against competition from JAB TAK HAI JAAN, SON OF SARDAAR was able to make the ground and underlined the fact that Ajay Devgn also has the pulse of the audience with his own brand of comedy that he has developed as his ennui. Same was the case with BOL BACHCHAN as well, as it was a phenomenal success too, and the underlining premise that endeared him to the audience was the self-ridicule that he injected into the performance.

Akshay Kumar in HOUSEFUL 2, OMG OH MY GOD, ROWDY RATHORE, KHILADI 786: All the four films were among phenomenal hits during the year, and the underlining theme that was catalysis in sweeping box-office was the self-ridiculing humour, which had the guts to poke laughter at self and this is what made him a darling of the audience once again. It has become defining motif for Akshay and with liberal peppering of action, which was his forte; Ajay Devgn emerged as one of the most bankable stars of 2012.

One only hopes that the competition would continue in 2013 and make the audience swoon the charms of these rajas of Bollywood.