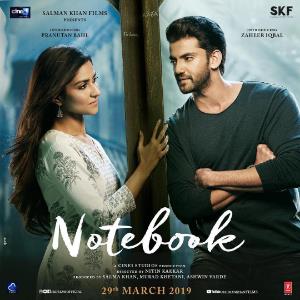 Hailing from a lineage of versatile performers, Pranutan is Nutan and Tanuja's granddaughter, Monish Bahl's daughter, and Kajol's niece.Pranutan who is making her first appearance on screen, received the cutest message from Tanuja expressing her happiness for Pranutan's Bollywood debut and love for the trailer. The veteran actress complimented the debutante for her stellar performance and advised her to continue to focus on work, then nothing can pull her down. Pranutan who calls veteran actress Tanuja as Tanu maa was amazed to hear such a positive and energetic response.

Not only this, Kajol took to instagram, and wished her luck saying, “Best of Luck to my sweet @pranutan. Genes are genes but the sweetness is all you!

Pranutan who is essaying the role of Firdaus feels very close to her character and not only this she has imbibed a lot of goodness and purity from the character. Coming from a law background, and a newbie in the industry, the actress believes Firdaus has changed her a lot because of her calmness and maturity.

Notebook has been shot in the exquisite valleys of Kashmir bringing the authentic love story of two lovers Firdaus and Kabir, along with a strong support cast with the child artists, who play a vital role on the story.

Helmed by Nitin Kakkar, Notebook is presented by Salman Khan Films and is a Cine1 Studios Production. It is produced by Salma Khan, Murad Khetani and Ashwin Varde and is all set to hit the screens on 29th March 2019.