Brie Larson opens up on her bond with Lashana Lynch 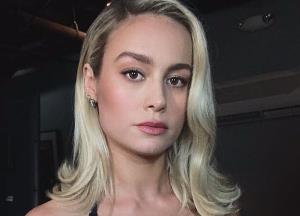 Actress Brie Larson says she is an introvert, but doesn't hold back when she gets in front of the camera.

That's one of the reasons she connected with her "Captain Marvel" co-star Lashana Lynch.

Also Read: Heres why Jennifer Lopez failed to get an Oscar nomination?

"I am an introvert, but I'm super open in scene work. I don't hold back in that, and she doesn't either, so it was a really interesting experience. The two of us did a chemistry read together and it was pretty vibe-y from the beginning. Lashana's a badass and really special, so it was easy to connect with her. We were spending so much time together hanging out that we developed a real bond through it," Larson said.

The Oscar-winning actress broke the misconception that female superheroes can't hold strong on their own at the box office when her "Captain Marvel" had a smooth take-off in the superhero universe last year.

The project introduced the Marvel Cinematic Universe's (MCU) first standalone, female-franchise title character, Carol Danvers aka Captain Marvel, essayed by Larson. It followed Danvers' journey as she becomes one of the universe's most powerful heroes.

The film joined its superhero counterparts ("Avengers: Infinity War", "Black Panther", "The Avengers", "Captain America: Civil War", "Avengers: Age of Ultron" and "Iron Man 3") in the 'billion dollar' club. It will air in India on March 8 on Star Movies.

Talking about taking on the landmark role, she said: "There was a scene where two male characters were talking about my character and they called me a 'woman' and I realised that in the past, if I would have read a script written by a man it would have been 'girl', and I had to take a step back and go 'oh my gosh, I'm 28 years old and I'm used to being referred to as a girl'. Those little things and big things come from this script being passed through the hands of women and being written by women. They're just slight things, and I realised it changed the way I viewed myself."