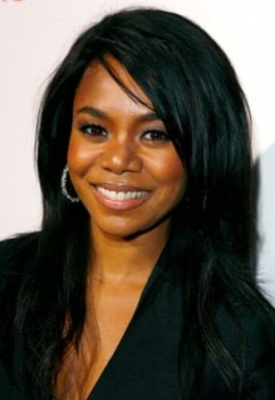 Oscar co-host Regina Hall is getting ready to roast her Hollywood peers when she co-hosts this year’s Oscars with Wanda Sykes and Amy Schumer.

“We’re really excited to celebrate films and make fun of people, too,” Hall told me Friday while promoting her new horror movie “Master.”

She added, “I was like, ‘Do you think we’re going to have friends after?’ No, we’re going to. Hopefully everyone will know anything that’s said or done, it’s all in fun. It is the point. It is one of the points of the night to be able to celebrate and for all of us to make fun of ourselves… To celebrate all the nominees and the movies and poke fun where we can.”

“And then it’s also terrifying. Are they crazy for asking me? Or am I crazy for saying yes. But it was also really great because I’m with two amazing women and there’s been so much support.”

“I think it’s really incredible,” she said. “It’s Women’s History Month and I think we have a really big reason to celebrate… Celebrating this moment and how profound it is, but also really hopefully how fun it is. We want people to look back and really understand and feel, ‘Oh, that was fun. We really celebrated and we had three women.’ It’s great.”

This year’s show, which takes place on March 27 and airs on ABC, is being produced by Hall’s “Girls Trip” producer Will Packer. The Academy has been under fire since announcing last month that eight below-the-line categories will not be presented in real time during the telecast. Instead, they will be given out during a pre-ceremony with acceptance speeches edited into the show.

Packer defended the reformatting in a March 4 interview with Variety’s Clayton Davis.

“I think it was the right decision,” Packer said.

“We have to understand that the Academy Awards show as we know it is at an inflection point. The next coming years, especially this year, are going to be a harbinger for what this show will become.”

Hall said she discussed the matter with Packer and is confident the categories will be celebrated properly. She understands that the Oscars could use a pivot because the Academy has to “keep the time of the show down,” Hall said.

Packer, Hall added, “is trying to get audiences to stay engaged (but still) celebrate all the creative parts of how a film comes together and the people who make that. Everyone watching will see those faces and be able to cheer on all those nominees and winners.”

‘Master’ will be released in theaters and Prime Video on March 18.

Twitter
Flip
Koo
Previous article
Audience has to relate to the storyline and character: Mehul Buch
Next article
3-hour run-time of Chiranjeevi, Ram Charan's 'Acharya' raises concerns
This May Also Interest You
News