Can we see a future for AIB? 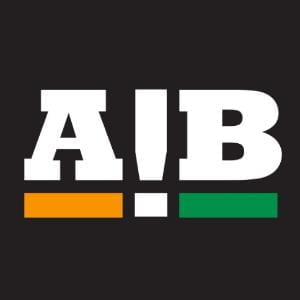 Comedy collective AIB on Wednesday updated fans that there will be no new sketches from them anytime soon due to no incoming revenue and operational costs piling up. Tanmay Bhat will no longer be their CEO, and Gursimran Khamba will not be associated with them anymore.

Bhat, it may be recalled, was suspended last October following complaints of not acting against sexual harassment allegations made regarding Utsav Chakraborty.

In a lengthy statement posted on social media, AIB wrote: "With no incoming revenue and operational costs piling up, we had to make some hard and unfortunately permanent decisions."

"We had to let our office space and the entire team go overnight. Production, creative, administration, all of it… the AIB YouTube channel is for all intents and purposes, dead for the foreseeable future — there will be no new sketches anytime soon."

The group, whose videos were a hit among netizens, further said: "If and when we decide to release other content on the channel (for example standup clips), you will be the first to know."

The statement also delved upon the actions taken against Bhat and Khamba, who were both mired in the #MeToo movement.

Khamba, one of the four key members of the collective, was accused of sexual misconduct by a woman.

AIB said they had an Internal Committee and Anti-Harassment system in place from the start.

"However, we recognize that the culture at work may not have been perfect and simply put, we need to be better. To that end, we maintain that Tanmay Bhat's lapse of judgment regarding Utsav Chakraborty was egregious. As a result, even though Tanmay Bhat's suspension has been lifted, he will no longer hold a position of CEO."

With regards to Khamba, AIB said an external committee was appointed to look into the allegations made against him in October 2018.

While the proceedings of the committee remain confidential, AIB said that during the course of the investigation, they were informed that Khamba had stepped away from the process citing issues with the procedure.

"The EC was unable to conclude the investigation on account of his withdrawal. Given these circumstances, Gursimran Khamba will no longer be involved in operations at AIB, and will be working independently of us."

Now, Rohan Joshi and Ashish Shakya will continue to manage the remaining affairs at AIB, apart from pursuing solo interests in the coming future.

Their idea is to "never stop entertaining". [IANS]

Paul Mescal has tomato phobia due to traumatic childhood memory

Harry Styles to perform at 2023 Grammys

Women's Premier League will make India much bigger powerhouse than what they already are: Grace Harris

Paul Mescal has tomato phobia due to traumatic childhood memory

Harry Styles to perform at 2023 Grammys