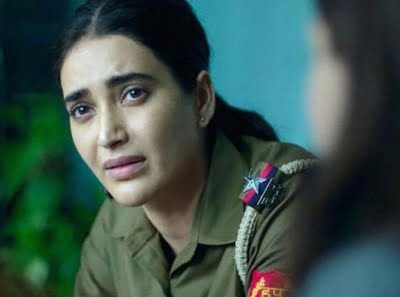 ‘Kyunki Saas Bhi Kabhi Bahu Thi’ actress Karishma Tanna is currently seen playing the role of Inspector Geeta Tehlan in Juhi Chawla, Ayesha Jhulka-starrer web series ‘Hush Hush’. Talking about her experience working in the series, she expressed gratitude towards director Tanuja Chandra and said: “The character of Geeta will always be special to me and I would like to thank Tanuja ma’am for choosing me to play this character.”

When the project came to her, she was not sure about doing it. As she said: “When Tanuja ma’am first told me about the role, I was not sure I would be able to do justice to this character but I am glad to see how things worked out on screen for me. I am thrilled to see the love my character is receiving and I hope the love continues for my future projects too.”

The actress, who also worked in ‘Naagin 3’, ‘Qayamat Ki Raat’, ‘Kkoi Dil Mein Hai’ added further on what she imbibed as a actor from Tanuja while working with her in the series.

“Working with Tanuja ma’am was a wonderful experience. It has been a very educational and enlightening experience for me to work on a dark and mysterious script.”

“Additionally, I feel fortunate to be on screen with so many talented and strong artistes. I’m happy that people are enjoying and appreciating my efforts and my performance as Geeta Tehlan in the show,” she added.

Created by filmmaker Tanuja Chandra, the seven-episode thriller is a story of a set of women whose lives take a sudden turn when a secret from their past comes before of them. It streams on Amazon Prime Video.