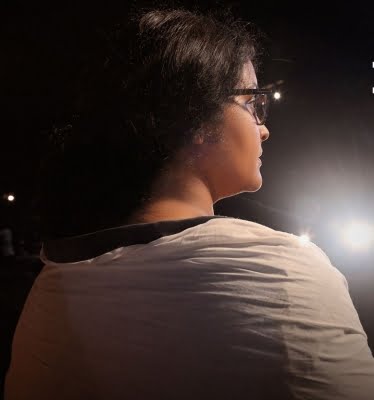 Nearly two decades after she dazzled on the screen in Tollywood, Renu Desai is all set to return to the big screen in upcoming Ravi Teja-starrer ‘Tiger Nageswara Rao’, a biopic based on a notorious thief and is set in the 70s in the village named Stuartpuram.

The makers on Thursday came up with a small teaser to introduce Renu Desai’s character.

Renu essays a very important and powerful character called Hemavathi Lavanam in the movie. It’s a real-life character and Hemalatha Lavanam was an Indian social worker and writer, who protested against untouchability and the imbalance in the social system.

In the video, the actress makes a powerful entry, as she walks on the road along with two other female activists who appear in white sarees.

While Renu has been active in other areas of film making, she never donned the grease paint for the big screen till now.

Mass Maharaja Ravi Teja and director Vamsee’s ‘Tiger Nageswara Rao’, to be produced by Abhishek Agarwal, is set to be one more pan-India movie from the south.

Nupur Sanon and Gayathri Bharadwaj are playing the leading ladies opposite Ravi Teja in the movie made in Telugu, Tamil, Kannada, Malayalam and Hindi languages.

R Madhie ISC is the cinematographer and GV Prakash Kumar takes care of music. Avinash Kolla is the production designer. Srikanth Vissa is the dialogue writer, while Mayank Singhaniya is the co-producer.