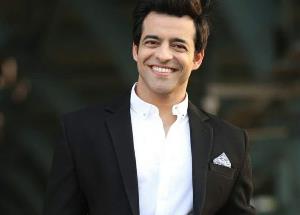 Actor Himanshu Malhotra has brought his fans a show which is not only unique in its genre but also touches a topic which has been a hot topic for debates for years. He will soon be seen in Dil Jaise Dhadke Dhadakne Do, which talks about the different ideologies of science and religion.

Himanshu plays a doctor in the show and is thoroughly enjoying the experience.

"I love playing doctor, I think it's fantastic, very educational, it is very interesting and I feel it suits my personality. Also, somewhere down the line, I think I am more scientific and analytical so I also enjoy playing a doctor. It's lovely," says the actor who was last seen in Mariam Khan Reporting Live.

As the story proceeds, the show talks about the clash of ideologies between his character and that of a Devguru. While the multi-talented actor thoroughly loves his character, he did ensure that his preparation was on point.

"For me, the preparation was pretty much psychological because my belief has to completely counter attack his belief. Also for preparation I think, I needed to develop a feeling of warmth, love and affection for the character Devguru because at any point of time it should not look like as if I am trying to outdo him but it should look like I am kind of concerned for him and I want to bring him back to normal lifestyle.

So, more than physical it is psychological and is pretty much like understanding the psyche of the character, going deep into it and creating magic out of it," he shares.

The dedicated actor is balancing his television and film career without any problem. Talking about that, he says, "Fortunately, TV is happening, the film is happening and also a web series for Zee 5 is also happening so I am balancing little things and I love trying different things as I think doing the same thing becomes a little monotonous and boring for me. So this is really good that way."

Himanshu's wife, actor Amruta Khanvilkar was also seen recently in the film Malang. Any plans to work with her in future?

He says, "Of course, yes I would love to work with her but I think it's going to be a distant dream because I think she is quite shy acting in front of me at the moment.

We love dancing and that is the reason we did Nach Baliye 7 but as if now even I don't know when acting is going to happen or when we will get any project together. She feels that she knows me and we know each other since sixteen years now so we know each other all out.

So acting will become slightly difficult and different so that's one of the reasons so at the moment it's going to be a distant dream for all the fans."

Twitter
Flip
Koo
Previous article
Nikhil Chopra and the recipe of magic
Next article
Bhagyashree: Recall of separation from hubby still scares me
This May Also Interest You
Sports