Ishq Mein Marjawa 2: Rrahul Sudhir glad to be back on set after testing negative, grateful to his team for support

Rrahul Sudhir, who plays the lead in producer Mamta and Yash Patnaik’s show Ishq Mein Marjawa 2, had to stop everything and home quarantine himself when he tested positive for Coronavirus 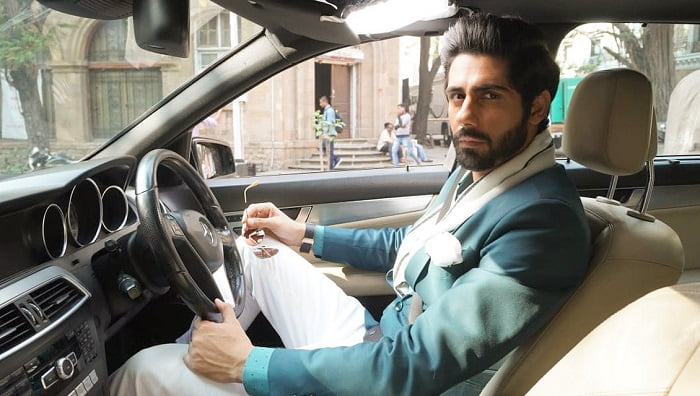 Actor Rrahul Sudhir, who plays the lead in producer Mamta and Yash Patnaik’s show Ishq Mein Marjawa 2, had to stop everything and home quarantine himself when he tested positive for Coronavirus.

Now the actor has tested negative and is back on the sets. However, he hasn’t forgotten the difficult phase of illness where he not only clocked in his birthday in isolation but also was away from his first love – acting.

Recalling the time, he says, “I was scared and anxious, but you eventually make peace with it and just believe and hope that all this will subside,” and goes on to add, “Coming back on sets is a huge sigh of relief for my own sanity. Also, my team needed me desperately, it isn’t easy managing a television show.”

The actor was away from his family, work and in bad health. But he got immense strength after the assurance he got from his producer Yash Patnaik.

“The first call I got after I tested positive was from Yash Sir. He sounded worried and concerned, obviously, he calmed me down with what he said, and I can never forget that moment of reassurance from his side.

He basically just let me know, that anything I required or wanted shall be at my door. I can’t thank my producers enough and I feel lucky to be a part of this team,” says Rrahul.

I ended up on the phone all day and that was the best I could do. But I was touched and happy with the concern. My entire set wished me and it couldn’t have been any better. I just wished I could have been at work that day,’ he shares.

During his recovery, Rrahul was on multiple immunity-boosting diets, so he can’t pick on what worked eventually for him. However, he does have a word of advice for his fans.

“Since the symptoms show differently in people, it would be criminal to offer my personal advice. Just follow protocols, do exactly what your doctor tells you to and don’t take life for granted, it is precious,” he says.