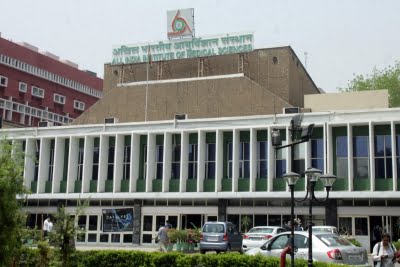 New Delhi, Dec 2 (IANS) Chinese involvement is suspected in the hacking of the server of All India Institute of Medical Sciences (AIIMS) here, a top source said on Friday, adding that four more servers were on the hackers’ target.

The source said that a total of five main servers of AIIMS were targeted by the suspected Chinese hackers. The data hacked from the AIIMS server has reportedly reached the main domain of Dark Web from where it may be sold.

Meanwhile, AIIMS is currently working on devising a cyber security policy with the guidance from investigating agencies, as its server remains down following the cyber attack on November 7.

Delhi Police said on Friday that the forensic images of the impacted server have been sent for analysis.

AIIMS administration and other agencies are in the process of restoring normal service.

On Tuesday, AIIMS had said that the eHospital data has been restored on its server and the network is being sanitised before services can be restored.

“Network being sanitised before services can be restored. The process is taking some time due to the volume of data and large number of servers/computers for the hospital services. Measures are being taken for cyber security,” AIIMS had said in a statement.

However, all hospital services, including out-patient, in-patient, laboratories etc., continue to run on manual mode presently.