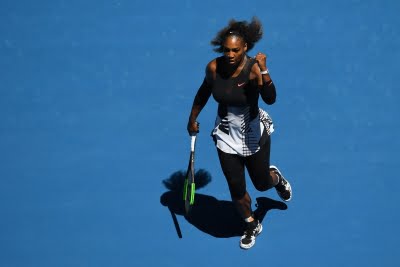 New York, Sep 3 (IANS) Celebrities from various spectrums of life paid tributes to Serena Williams as she brought the curtains down on her illustrious career spanning 27 years, which saw the 40-year-old lift 23 major singles trophies and made her a household name across the world.

The American lost to Ajla Tomljanovic of Australia 7-5, 6-7(4), 6-1 in a third-round match in front of a packed Arthur Ashe Stadium, at the US Open on Saturday (IST), signalling the end of her professional tennis career.

Michelle Obama, the wife for former US president Barack Obama tweeted, “Congrats on an amazing career, @SerenaWilliams! How lucky were we to be able to watch a young girl from Compton grow up to become one of the greatest athletes of all time. I’m proud of you, my friend-and I can’t wait to see the lives you continue to transform with your talents.”

Golfer Tiger Woods tweeted, “@serenawilliams you’re literally the greatest on and off the court. Thank you for inspiring all of us to pursue our dreams. I love you little sis!!!!!!”

From the time Serena won her first major, the US Open, in September 1999, to the last, the Australian Open in January 2017, she won 23 major titles and elder sister Venus seven. The rest of the tennis players — 18 in all — managed to win a total of 40.

Together the sisters won 14 Grand Slam doubles titles and never lost a final. Besides, they each won three Olympic gold medals and a bronze.

Basketball legend Magic Johnson tweeted, “We just witnessed the last US Open for the greatest of all time, Serena Williams!! Serena has meant so much to sports, the game of tennis, the world, every little girl, and even more to every little Black girl across the globe. @serenawilliams #ThankYouSerena.”

He also wrote, “Serena proves that you can dream bigger than where you come from. From South Central Los Angeles, to the greatest the world has ever seen… what a story! Thank you to her parents, Richard & Oracene Williams, for the job they did in nurturing Serena, Venus & all of their children.”