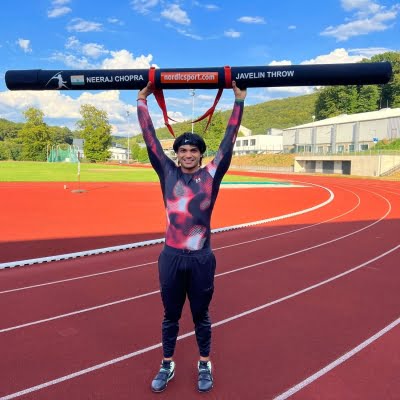 This will be Chopra’s first event since the world championship silver and after missing the 2022 Commonwealth Games in Birmingham due to injury. The star athlete had suffered the injury during the final of the World Championships on July 24 in Eugene, USA.

The 24-year-old athlete is currently based in Saarbrücken, Germany, along with his coach Dr Klaus Bartonietz and physio Ishaan Marwaha.

“Feeling strong and ready for Friday. Thanks for the support, everyone. See you in Lausanne! @athletissima,” tweeted Neeraj along with his picture on Tuesday.

The Lausanne meet of the Diamond League will decide the top-six finalists for the big final to be held in Zurich on September 7 and 8. Chopra is currently at the fourth spot on the Diamond League standings after his second place finish at the Stockholm event and a good show in the upcoming event can ensure him a berth in the Finals.

After winning the silver at the World Championships, Neeraj had spoken about the Diamond League title being the one he wants to add to his cabinet which also includes gold medals at the Asian Games and the Commonwealth Games in 2018.

This will be Chopra’s second competition in a Diamond League Meeting this season after the Stockholm event in June. He broke the national record for the second time in a month with an opening throw of 89.94 metres during that event.

The Olympic Champion finished second to world champion Anderson Peters in Stockholm and was the first time he had finished in the top three in a Diamond League event.