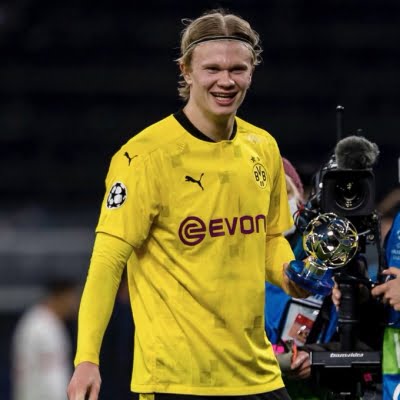 Berlin, April 19 (IANS) Borussia Dortmund rallied back from a goal down to secure a vital 4-1 win over Werder Bremen courtesy of Erling Haaland’s first-half brace in the closer of the 29th round.

Bremen caught a bright start on the road as Leonardo Bittencourt ensured the first chance of the game on Sunday after testing Dortmund goalkeeper Marwin Hitz with a long-range attempt in the 5th minute, Xinhua news agency reported.

The Green-Whites were rewarded for their powerful start as Maximilian Eggestein’s through ball sent Milot Rashica forward, who shrugged off Mats Hummels before beating Hitz for the opener with 14 minutes played.

Dortmund needed some time to recover but returned to business in the 29th minute when youngster Giovanni Reyna restored parity with a volley from the edge of the box.

The “BVB” completed its comeback with the assistance of Kevin Mohwald, who felled Marco Reus inside the box. Haaland stepped up and converted the subsequent penalty in the 34th minute.

The Norway international wasn’t done with the scoring and wrapped up his brace before the break after he benefitted from Reyna’s good build-up work to make it 3-1.

Dortmund almost made it four before halftime, but Bremen custodian Jiri Pavlenka was on guard to deny Jude Bellingham’s promising chance in the closing stages of the first half.

After the restart, the hosts picked up where they left off whereas Bremen lacked in ideas to put Dortmund’s defense under pressure.

Dortmund came to half chances but for all that Reus wasn’t able to make the most of two opportunities in quick succession.

As the match progressed, Bremen poured forward as Eggestein rattled the woodwork at the hour mark before substitute Joshua Sargent’s dangerous effort forced Hitz into action in the 73rd minute.

The visitors’ resistance was eventually broken in the closing stages of the game as Hummels headed home Thorgan Hazard’s corner to put the result beyond doubt.

With the win, fifth-placed Borussia Dortmund reduces the arrears to the top four to four points, meanwhile, Werder Bremen stays in the 13th position of the Bundesliga standings.

“The three points move us three points closer to our objective. We played very well. It was overall very dominant and a deserved victory for us,” said Dortmund head coach Edin Terzic.