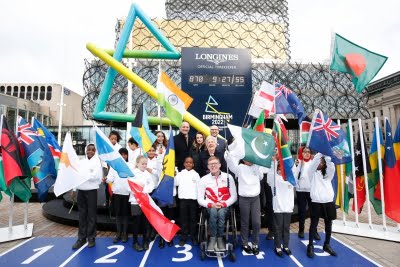 Web portal “insidethegames.biz”, which is “CGF’s partner for promoting Commonwealth Sport”, said that the “group seeking to bring the Commonwealth Games to Hamilton has formally abandoned its bid for the 2026 edition and will return its focus to the centenary Games in 2030.”

The chairman of the Hamilton 2026 Bid Committee, Louis Frappoti, said on Monday that the panel was left with no choice but to pull out of the running after failing to gain the support of the Ontario government.

However, Frapporti confirmed the Bid Committee will aim to secure the rights for the 2030 Games, which would mark a century since the event was held for the first time in the city.

“We felt we really had no choice but to return back to the initial focus which we had, a 2030 centenary bid,” Frapporti said, adding, “There’s going to be clearly a much larger sport programme, more athletes, more spectators, more culture and celebration because it’s the 100th anniversary.”

Hamilton 2026 chief, PJ Mercanti, too said that the Covid-19 pandemic had played a big role in Hamilton abandoning the 2026 bid.

“The second wave and now more recent third wave of the pandemic kind of got in the way of a lot of the momentum that was being built and affected the efficiency and speed of some government responses,” Mercanti said.

A CGF spokesperson said, “The CGF continues to work closely with Commonwealth Sport Canada (CSC) with a view to bringing the Commonwealth Games to the country in the future. Positive dialogue is ongoing regarding Victoria’s interest in hosting the 2026 Games, while we were pleased to note the continued aspiration of Hamilton to host the 2030 edition of the event.

“Beyond Canada, the CGF remains in discussions with multiple CGAs and cities interested in the 2026 and 2030 Commonwealth Games,” the spokesperson said.

The 2022 edition of the Games will be held in Birmingham from July 28 to August 8.