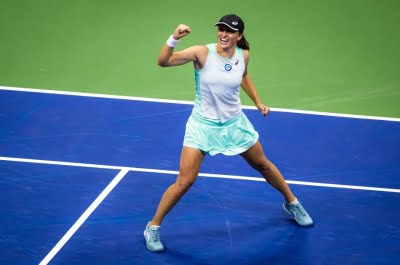 Along with the reigning U.S Open champion, Ostrava features four of the WTA Tour Top 10 and a total of seven major champions, including Elena Rybakina, Emma Raducanu, and Jelena Ostapenko.

Coming off a semifinal run in Seoul, Raducanu will face No.5 seed Daria Kasatkina in the first round. Ostrava will be Kasatkina’s first tournament since the US Open. The winner will face either Seoul champion Ekaterina Alexandrova or Victoria Azarenka in the second round.

Swiatek tops the draw, with No.3 Paula Badosa, defending champion and No.4 Anett Kontaveit, and No.7 Maria Sakkari rounding out the Top 4 seeds. All four have byes into the second round.

Sakkari will face either Karolina Pliskova or a qualifier in her opener. Kontaveit faces Jil Teichmann or Tereza Martincova.

Elena Rybakina vs Madison Keys: The two will square off for a third time this season, with the American holding a 2-0 edge. Keys bested Rybakina in three sets at Roland Garros and ousted the Wimbledon champion in straight sets in Cincinnati.

Barbora Krejikova vs Shelby Rogers: Krejcikova enjoyed a resurgent week in Tallinn, where she defeated Belinda Bencic, Beatriz Haddad Maia, Marta Kostyuk, and Ajla Tomljanovic en route to the final. After a frustrating singles season that has seen her ranking drop to No.27, her victories over Bencic and Haddad Maia were her first Top 20 wins since January.

Beatriz Haddad Maia vs Karolina Muchova: The Brazilian’s breakout season could see her land a qualifying position for the WTA Finals in Fort Worth, Texas. Every win matters for Haddad Maia over the next few weeks and that begins with this intriguing opener against Muchova.