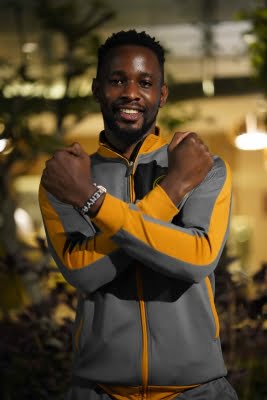 All-rounder, who is currently part of the Patna Pirates squad in the PKL Season 9, has said that kabaddi is there in almost every city in Kenya.

Odhiambo said, “Kabaddi has grown in Kenya since the 2016 Kabaddi World Cup. Now, there’s kabaddi in almost every city in our country. We work hard to grow the sport in Kenya. We travel to different schools and colleges and introduce the sport across the country. It’s our responsibility to spread the sport across the nation. We also thought of starting a Kabaddi League in Kenya, but we have not been able to do that yet.”

Odhiambo added that a lot of people in Kenya also aspire to play in the PKL.

“A lot of people know about kabaddi in my city. And there are a lot of people, who want to be like me and want to join the Pro Kabaddi League. They feel good when they see me. They also believe that they will play in the League one day,” Odhiambo was quoted as saying in a release on Monday.

The all-rounder further added, “The people in Kenya watch PKL highlights on YouTube. My family supports me a lot and they understand that kabaddi can be a career. I have liked being in India, but the food is a bit spicy for me. It’s hard to adapt to the food here, so I don’t try too many new dishes. I like to eat Dal Rice.”

While Odhiambo will be hoping to make a mark for Patna Pirates, the U Mumba side will be desperate for a victory when they take on the Dabang Delhi K.C. as they will be out of the Playoffs race if they finish on the wrong side of the result on Tuesday.

However, they will face tough competition from Delhi’s raiders Naveen Kumar and Ashu Malik.

The Gujarat Giants will be hoping to continue their brilliant form and keep their Play-offs hopes alive when they go up against Telugu Titans on Tuesday. While Parteek Dahiya will lead the charge for the Giants, the Titans will hope for Siddharth Desai to take them over the line and enthrall their home fans.