Tough competition for slots has made hockey team formidable: Lakra 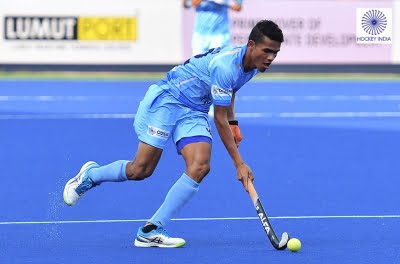 Bengaluru, April 19 (IANS) India hockey team forward Shilanand Lakra says the extremely tough competition for a place in the senior team has made it a formidable unit, and the results were visible during the tour of Argentina recently.

India won both the FIH Pro League games and two practice matches, besides drawing one and losing one by a narrow margin against the defending Olympic champions.

“Having made my debut for the senior team three years ago, I’d have expected myself to play more but that is how competitive it is; there are so many amazing players in the core group of probables,” said Lakra, adding that the recent performances show that India are in good shape going into big events like the Olympics.

Despite being one of the youngest players in the team, Lakra held his own among the senior players in Buenos Aires and he is happy contributing whenever the opportunities come his way.

The 21-year-old forward finished the tour with a goal in the final practice match, which India won 4-2, and played a key role in setting up a few more.

“My aim has always been to earn a place in the team through consistent performances in domestic tournaments, national camps and whenever I play for India — as a starter or a substitute,” said Lakra, who made his India debut in 2018, but the fierce competition for a place in the team meant that he had to be patient.

Since the resumption of international hockey following a pandemic-hit calendar in 2020, the Odisha player is happy to be back to international action.

“To be out of competitive action for so longit gave me time to re-think and analyse my performances, and also prepare for the highs and lows in the months ahead. I am also constantly in touch with the coaching staff, especially chief coach Graham Reid, who has helped me improve on my game immensely,” said Lakra.

“I think we played very good hockey against Argentina and hope to do well again in the FIH Pro League games against Great Britain next month,” he added.

Lakra, who made his senior team debut in the Sultan Azlan Shah Cup in 2018, also acknowledged the support of senior pros in the team, Amit Rohidas and Birendra Lakra, both of whom are from Odisha.

“Both of them have been exceptional and I get so much inspiration when I speak to them. They have always given sound advice. I turn to them whenever my morale is low,” said Lakra.