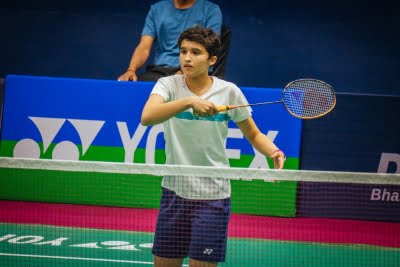 New Delhi, Nov 29 (IANS) Top seed Unnati Hooda started her campaign in dominating fashion as seven Indians won their matches at the Badminton Asia U-17 and U-15 Junior Championships 2022, in Nonthaburi, Thailand on Tuesday.

In the U-17 women’s singles round-of-64 match, Odisha Open champion Unnati thrashed Japan’s Misato Sasaki 21-11, 21-5 in just 24 minutes. Her Japanese counterpart was no match for her. Unnati will face Indonesia’s Dea Nur Fadilla in the round-of-32 match on Wednesday.

In the other U-17 women’s singles match, Anmol Kharb won both her matches to move into the round of 32. First, she defeated Singapore’s Chujei Jennifer 21-11, 21-14 before getting the better of Wening Sabrina of Indonesia 21-19, 21-10. Anmol will next play against Ratnacha Sompoch of Thailand on Wednesday.

Sampriti Pal faced a tough challenge from Keira Indriyan of Indonesia in the U-15 women’s singles round of 128 match. The Indian shuttler won the first game 21-12 but lost the plot in the second game to lose 7-21 before making a comeback in the third game to win 21-15 and wrap up the match in 48 minutes. She will square off against Japan’s Ria Haga in the next round on Wednesday.

In the U-15 men’s singles first round match, three Indian shuttlers- Abhinav Garg, Anish Thoppani and Mohammad Ali Mir won their respective matches and moved to the round of 64. While Abhinav and Anish won in three games against Thailand’s Chinnapat Seangpan and Japan’s Mahiro Matsumoto respectively, Mohammad defeated Srilanka’s Mihila Jayaweeera 21-19-21-14. All three of them will play their next match on Wednesday.

KJo walks down memory lane, as his 'student' gets married

KJo walks down memory lane, as his 'student' gets married