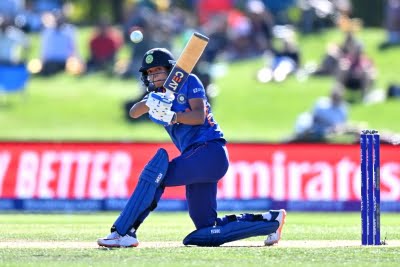 New Delhi, Dec 5 (IANS) India skipper Harmanpreet Kaur feels the upcoming Women’s IPL, scheduled to begin in March next year, will be a major boost for women’s cricket in India, adding that the tournament will help bridge the gap between international and domestic cricket.

“The IPL is a huge step forward for women’s cricket because, before this, we have witnessed the Australia Board, England Board, they have looked after the WBBL and The Hundred. I think we as athletes have discussed it as well, that there’s a big gap between domestic and international cricket which some cricketers were not able to match, because even if you play well in domestic cricket and then suddenly play international games, you’re not able to understand what to do and how to do it.”

“And someone like me, I was lucky you know, I had Jhulan (Goswami) di, Anjum (Chopra) di who were guiding me as to what to do, how I can perform better. So, some players, they are shy, they cannot open up, so, for them, it’s very difficult to play both domestic and international cricket.”

“So, the IPL will be a great platform for players that are really good, but you know for them, international cricket is still something that they cannot change their approach and mindset overnight,” said Harmanpreet on the ‘Follow the Blues’ show on Star Sports.

The right-handed batting all-rounder is optimistic that women’s IPL will also help in elevating the performances of Indian cricketers at the international level. “But in the IPL, when they get a chance to play against overseas players, that will be something that will give them a platform, they can play well, they can understand what is international cricket.”

“So, when they are playing for the Indian team, they will not face any extra pressure, because right now, the players that are selected from the domestic teams, sometimes I can see that they are blank, they are not able to understand how to change their game plan.”

“So, to cut that gap, the tournament will play a major role, and we are happy that after the world cup, we’ll get some really good cricket. So, in the coming years, with the girls who play in the IPL, we will definitely see some major changes in their performances.”

The India women’s team have had a great run in the past few months. Under Harmanpreet, India beat Sri Lanka in a T20I and ODI bilateral series away from home, won a 2022 Birmingham Commonwealth Games silver medal and bagged a historic 3-0 ODI series win in England, before adding their seventh Women’s Asia Cup trophy.

Vice-captain and left-handed opener Smriti Mandhana further spoke on how the women’s IPL will help Indian domestic players, something which the ‘The Hundred’ or the WBBL have done in a similar way to England and Australia respectively.

“All of the women’s cricket, I won’t say the Indian team or the domestic setup. We keep talking about how it will increase the bench strength. But, the fact is that it’s going to help the domestic girls massively because that sort of experience in playing in leagues like this will get a lot of things sorted for women’s cricket.”

“Grassroot-wise and we have seen how the Big Bash and The Hundred have helped Australia and England respectively in their domestic setup as well as other things. So, I’m actually really happy, the Indian team will benefit a lot from the Women’s IPL, but it’s also going to benefit a lot of domestic girls which I’m looking forward to.”

Middle-order batter Jemimah Rodrigues also agreed with Smriti’s views. “The women’s IPL is going to change a lot of things for women’s cricket in India. I think this is like the best platform for us now that we as an Indian team have been doing so well in all the major events like the World Cup, the Commonwealth.”

“This is just the right time for it to happen and I’m sure that we are going to get so much more talent that’s going to come out from here. I’m sure we are going to get so many different matches and at the same time, I am very sure that women’s cricket in India is all set to go to the next level after the women’s IPL. So, we are really looking forward to it, very excited and can’t wait to go out there and play the women’s IPL.”

India will now be facing Australia in a five-match T20I series in Mumbai, starting on December 9.

Twitter
Flip
Koo
Previous article
Resigned at Google, this techie saw his job offer rescinded by Amazon
Next article
Travel fintech platform SanKash to hire over 500 in India in next 6 months
This May Also Interest You
Sports

Ahead of Valentine's Day, matters of heart to be discussed in Taj city