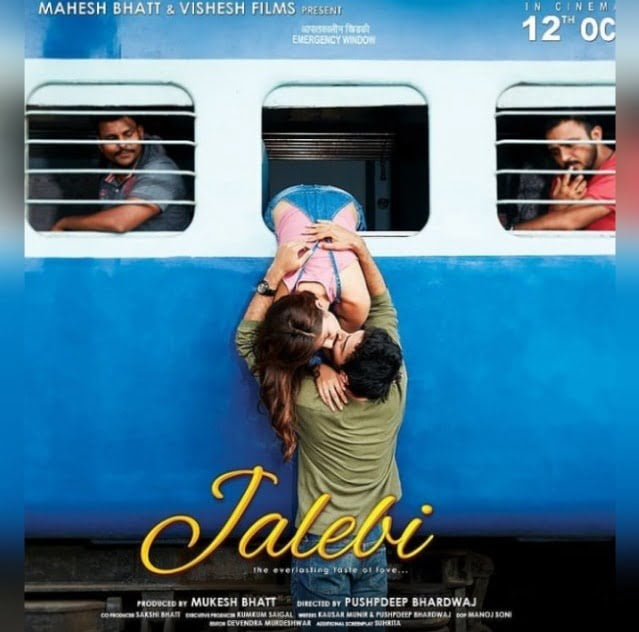 A title inspired from the popular mouth watering Indian dish which may not have a shape but it’s crispy and deadly in its taste. A delight, a relish, an indulgence that’s temptingly timeless and seamless and that’s what love is in mainstream cinema, books and sometimes in life as well.

Tagged with the line ‘The everlasting taste of love’, this remake of the Bengali film PRAKTAN (2016) (rough translation: former) by debutant filmmaker Pushpdeep Bhardwaj is neither sweet nor bitter, it’s in fact bland.

Starring Aisha (Rhea Chakraborty) as the spoiled brat, and newcomer Varun Mitra as Dev the guide, this story of unrequited love is weak in its execution though the idea is strong. The talented but impulsive Aisha falls for the tourist guy Dev. Dev is a simpleton in comparison, living in a pushtani (traditional) haveli (mansion) with his mother and sister. Aisha marries Dev and realizes that Dev and the Haveli are not designed for her and she leaves Dev. They meet again on a train journey. The meeting of Aisha and Dev is told in flashbacks. Dev is now married to Anu (Digangana) and even has a young daughter. Now this character Aisha who left Dev thinking that he is not fit for her, suddenly get jealous seeing Dev settled with his wife and daughter. Aisha starts doubting herself, her love towards Dev, her decision and wonders whether Dev really loved her.

Apart from Dev, his family and Aisha, JALEBI is surrounded by characters which make no significant contribution to the narrative. An FM radio hosts, an elderly couple, and a young girl. The narration by Pushpdeep Bhardwaj lacks novelty and the lead characters fail to gain any sympathy from the audience.

Technicalities are fair and music as ordered by the Bhatts – routine and sounding similar to the previous track.

In a nutshell, JALEBI disappoints as a love story, watch it only if your partner insists.