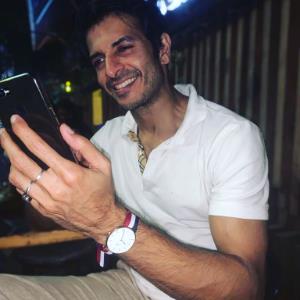 The two actors will be seen together in "Chandragupta Maurya", which is entering a new phase and taking a leap of five years.

While Faisal has been roped in to play the lead role, Ankur has bagged the character of Ambhi Kumar, the king of Taxila.

"It was wonderful to receive the opportunity to play Ambhi Kumar in Sony Entertainment Television's show 'Chandragupta Maurya'. The character and his personality attracted me, as Ambhi Kumar had no limitation and abided by no rules. I was quite curious about the role," Ankur said in a statement.

"While preparing for the character I was very cautious as the role is carefree but at the same time I had to make sure that it does not look over the top and there is no inhibition while I perform. Getting to know that I will be working again with Faisal just added to my excitement," he added.