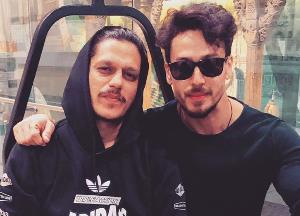 Actor Vijay Varma, who is currently shooting for 'Baaghi 3' along with Tiger Shroff in Serbia, says he is having a gala time with the latter on the sets.

"I am really having a great time during the shoot of 'Baaghi 3' in Serbia, the shoot is coming out really well. Tiger and I share a great bond and I'm sure that it will be reflected on the big screen," he said.

Vijay also shared his admiration for Tiger's father and veteran actor Jackie Shroff, who is fondly known as Jaggu dada.

"One of the major reasons for our bonding is my love for Jaggu Dada since I'm his big fan. I love hearing stories about Jaggu dada from Tiger about his films and other instances. I have always admired his work," he added.

On working with Shraddha, Vijay praised her, saying she "is super easy going".