‘Drishyam 2’: Akshaye Khanna is all set to checkmate in first look

The makers of 'Drishyam 2' have unveiled Akshaye Khanna's look from the upcoming film. The actor is seen in a pensive look planning 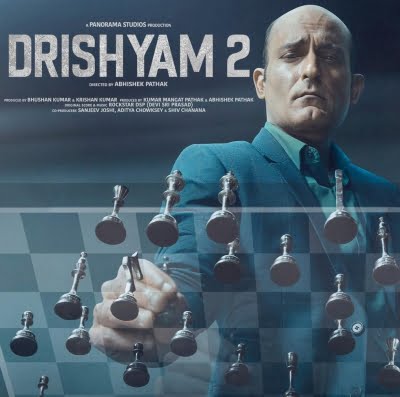 The makers of ‘Drishyam 2’ have unveiled Akshaye Khanna’s look from the upcoming film. The actor is seen in a pensive look planning his next move on a chess board. The poster of the Abhishek Pathak directorial showcases an intense Akshaye, planning his next move with the tagline: “Dushman ko haraane ka mauka aksar dushman aapko khud deta hai.”

Details about the actor’s character have been kept under wraps.

Akshaye is the new entry in the franchise, which features Ajay Devgn, Tabu, Shriya Saran, Ishita Dutta, Mrunal Jadhav and Rajat Kapoor, reprising their roles from the first part of the thriller.

Just like its first installment, ‘Drishyam 2’ is also a remake of the acclaimed Malayalam film of the same name starring Mohanlal.

The film is all set to release on November 18.