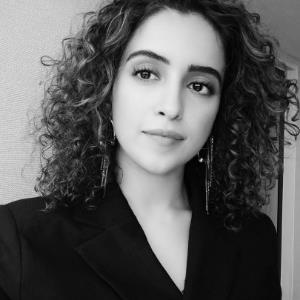 The actress has started dubbing for her character as she gave us the glimpses from the insights of the dubbing studio as she posted on her social media handle.

The actress had concluded her previous year with a bang at the box-office. Sanya has been a part of huge successes like Dangal and Badhaai Ho and has delivered critically acclaimed performances.

Sanya is known for her breakthrough performances in the movies namely, Dangal, Badhaai Ho and the recently released, Photograph shares how Shooting with Anurag Basu has been the most delightful experience for her as she has never worked in this pattern for any of her projects till now.

Recently, garnering acknowledgment and appreciation from across the globe, Sanya Malhotra has been listed in the esteemed 'Berlinale Breakouts: 5 talents to watch', owing to her path-breaking artistry that received the applaud after the screening of her films at International film festivals.

Sanya last shared the screen with Nawazuddin in the critically acclaimed Photograph. The actress will now be next seen in Anurag Basu's upcoming film.