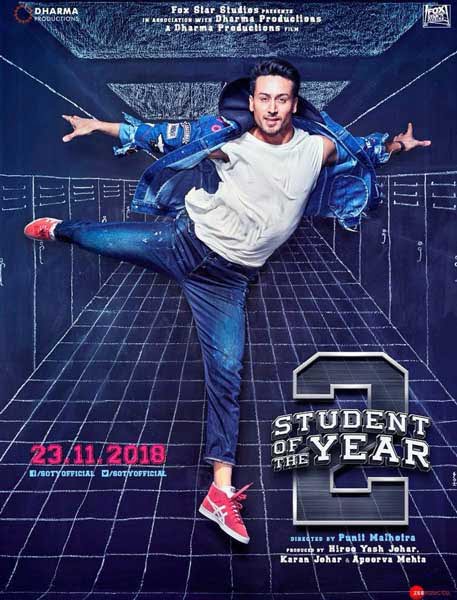 In 2012, the film STUDENT OF THE YEAR gave the Bollywood industry three new actors who have carved a niche and established themselves firmly in Bollywood. Fast forward six years and Karan Johar has announced a sequel for the film with a new cast starring Tiger Shroff, Ananya Panday and Tara Sutaria.

The first film was well received by the audiences and it has reached a cult status among fans and the coming of age story. The sequel will now launch Ananya and Tara as Tiger has already achieved success in Bollywood.

The poster revealed by Karan Johar shows a chalked out locker room of a school with Tiger Shroff kicking about in the middle.

Although not much is revealed about the plot of the film, the film is written and directed by Punit Malhotra.

Produced by Karan Johar, Hiroo Yash Johar and Apoorva Mehta, the film is scheduled to release on 23rd November 2018.