Danny Trejo becomes the saviour for a baby 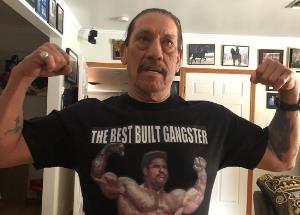 American actor and voice actor who has appeared in numerous Hollywood films. He has appeared in TV shows such as Breaking Bad, Brooklyn Nine-Nine, The X-Files and many more. Trejo was born in the Echo Park neighborhood of Los Angeles, California.

In the ’60s, Trejo was in and out of jail and prison in California; Trejo has suggested that his physical appearance contributed to his constantly getting into trouble. Actor Danny Trejo saved a special-needs child who got trapped in a vehicle after a car accident occurred. Danny Trejo is an absolute legend and all-around great dude.

Danny Trejo posted a video on his Instagram and captioned,” I helped rescue a baby after driver ran red light, causing 2-car crash in Sylmar”