Elton John is quite an unusual animal: Taron Egerton 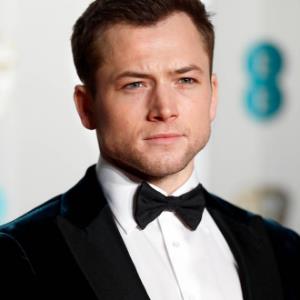 Actor Taron Egerton says legendary singer Elton John is quite an "unusual animal" because he has changed so much over his life.

Egerton plays the role of the famously flamboyant rocker in the biographical film "Rocketman".

Described as an "epic musical fantasy about the incredible human story of John's breakthrough years", the film follows the journey of his transformation from a shy piano prodigy Reginald Dwight into an international superstar.

How would Egerton describe the film?

"The mandate was always that this wouldn't be a straight out-and-out biopic; that it would lead into elements of fantasy. The movie begins with Elton entering rehab.

"For me personally, that was what I found exciting, because I think that someone who is so universally known, to see them in such an intimate, vulnerable situation is quite unusual," Egerton said in a statement.

"What happens (in the movie) is that Elton recounts his life through rehab, and we learn his story from being a young child and going to the Royal Academy of Music all the way up to the point where he has to go to rehab. And (the fact we show that) says something about Elton and how candid and resilient he is," he added.

"Because this is a musical and because it's a fantasy, it was always a prerequisite that the actors sing… Elton has been fantastic, frankly, in letting me be a part of his life for the past couple of years and befriending me, which has made the whole thing feel very personal and very real."

Describing John and Taupin's relationship, the actor said: "One of the unique things about Elton is that he doesn't write lyrics – he confesses himself that it's not his strong suit. And Elton is quite an unusual animal because he has changed so much over his life.

"He started out as someone quite shy and naive and innocent. He has told me some stories about him as a young man that kind of defied belief knowing him because he is no shrinking violet now. And one of the big catalysts for change in Elton's life was his relationship with Bernie.

"The first time I asked him about his relationship with Bernie, Elton said, 'Aside from what happened creatively, he's the brother I never had'. I think they kind of fell in love a little bit, as creative partners. He completed him. And then they changed music, and that's sort of wonderful because they are two working class lads from different backgrounds who came together and there was just this synergy."

"Rocketman" will release in India on May 31. The Paramount Pictures movie will be exclusively distributed in India by Viacom18 Motion Pictures. [IANS]