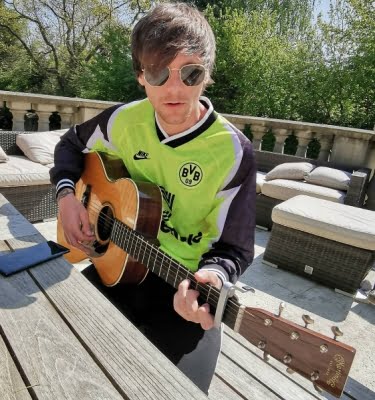 Singer Louis Tomlinson has yet to make up with Zayn Malik following their falling out seven years ago. In a new interview, Louis Tomlinson said that he still wasn’t over “his frustration” with his former One Direction bandmate, who left the boyband in March 2015, reports aceshowbiz.com.

During his appearance on the ‘Zach Sang Show’, Tomlinson was asked if he was still friends with the “Pillowtalk” singer. To that, the “Bigger Than Me” singer responded: “You’d have to ask him.”

Back in 2015, Tomlinson and Malik got into a heated argument on Twitter after the latter left One Direction. At the time, Louis threw shade at Zayn by writing: “Remember when you were 12 and you used to think those Mac filters for your pictures were cool haha ! Some people still do HA!”

In response to that, Malik wrote back to Louis: “remember when you had a life and stopped making b***hy comments about mine ?” In a separate tweet, the musician penned, “Don’t know why I’m being attacked for defending myself , people got it twisted! I love my fans ?! Every single one of you x.”

Tomlinson, however, later claimed that he has “tried to get in touch” with Malik. “There’s been numerous times over the last couple of years where I’ve thought about him and hoped he’s alright,” he divulged. “But it’s hard. I definitely wish him well,” he elaborated.

The “Back to You” crooner also shared that despite their disagreements, he hopes they can mend their relationship one day. “I think in time,” he said. “I think we just have to bump into each other ’cause neither of us have each other’s number. I suppose maybe social media might be the way.”

During the interview, Louis also talked about liking Zayn’s video covering one of One Direction’s hit songs even though he previously claimed that he didn’t like the music he made during his days on the boyband group.

“I wasn’t just liking it for the sake of liking it. It was a nice feeling ’cause in the past he’s said what he’s said about the band, and I understand some of what he was saying,” Tomlinson explained to host Zach Sang.

“For me, in those videos, it showed he was reflecting. It showed he was thinking about those times. Of course, at the same time, showing off his incredible voice.”