Vicky Kaushal: Being in love is the most beautiful feeling in the world 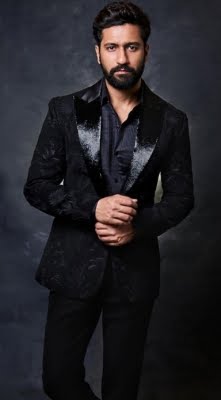 Vicky married his lady love Katrina Kaif in December 2021 after dating for almost over three years. How does love to evolve a person? Lover boy Vicky said in a conversation: “I think if you r with the right person who really gives you peace and happiness in your heart and mind it just makes you the best version of yourself and that best version of yourself is personally professionally anywhere you go it creates positive vibes and create positive energy and you give out the best that you have because you know you are with the right person and that peace of mind and happiness is here there in every cell body.”

Currently, he is gearing up for the release of his film ‘Govinda Naam Mera’, which is slated to release on Disney+ Hotstar, where he is stuck between his girlfriend played by Kiara Advani and wife essayed by Bhumi Pednekar.

Vicky is the son of Sham Kaushal, an action director in Indian films and Veena Kaushal, a homemaker. His family is Punjabi, who hail originally from Hoshiarpur.

Just like any other person, Vicky too is an ardent fan of Punjabi music.

After ‘Govinda Naam Mera’, Vicky has a slew of films lined up for release, which includes ‘Sam Bahadur’, Laxman Utekar’s untitled next and ‘The Great Indian Family’.

Twitter
Flip
Koo
Previous article
Armaan Malik: 'Sun Maahi' talks about the ethereal feeling of being completely lost in love
Next article
ShareChat lays off less than 5% of its workforce, shuts fantasy sports app Jeet11
This May Also Interest You
News