Over 80% of Indians suffers from micronutrient deficiencies: Report 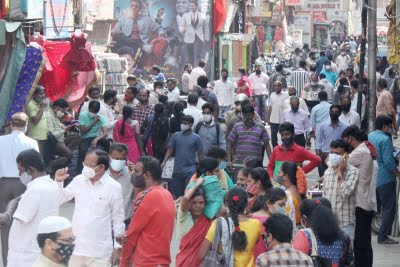 New Delhi, Oct 4 (IANS) More than 80 per cent of the Indian population suffer from micronutrient deficiencies, contributing to compromised immunity, a report said on Tuesday.

According to a consensus by the Consumer Health Division of Bayer, more than two billion people suffer from MiND (micronutrient deficiencies) globally, with nearly half living in India.

“The doctor’s consensus paper has identified a growing problem in India, with a majority of us at the risk of MiND,” Sandeep Verma, Country Head, Consumer Health Division of Bayer in India, said in a statement.

“The grave inadequacy of multiple micronutrients coupled with wrong eating habits and lifestyle-related factors has contributed to the growing micronutrient deficiency in India,” Verma added.

The consensus, based on a national advisory board comprising 21 Indian healthcare practitioners, found that fatigue, insomnia, lack of energy, malaise, and loss of appetite are the first signs of hidden hunger, contributing to compromised immunity.

Pregnant women are consuming less than 50 per cent of the required essential micronutrients, the report said.

The report mentioned that MiND is highly prevalent in more than 62 per cent of urban and semi-urban adults due to wrong eating habits, inadequate diet, and prevalence of anemia leading to the inadequacy of multiple micronutrients.

Further, the consensus also reported how these micronutrient deficiencies can directly link to compromised immunity and viral respiratory infections.

Scientific evidence suggests that zinc, vitamin A, vitamin C, and vitamin D are a few of the most important micronutrients to help boost immunity, thus influencing the risk and clinical course of viral respiratory infections.

Twitter
Flip
Koo
Previous article
mRNA boosters extend Covid protection but wane over time: Study
Next article
Nagarjuna on ‘Ponniyin Selvan: 1’: Mani Ratnam has proven what a master craftsman he always was
This May Also Interest You
Health & Lifestyle